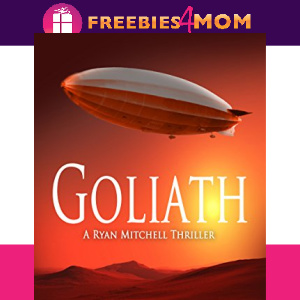 Enjoy this free thriller eBook (normally $4.99) by Richard Turner only for a limited time. Scroll down and click on the “Kindle Store” button. Read it from your phone, tablet or computer using free apps.

“In 1931, during its maiden voyage, the British Airship Goliath mysteriously disappears without a trace. Hidden deep inside is a secret that could change the world.

Present day, in The Philippines, an attempted kidnapping draws historian Jennifer March and former soldier Ryan Mitchell into a deadly race to find the Goliath before a mysterious figure who threatens to topple governments and the lives of millions. From Alaska, to West Africa to Iceland the hunt for the truth is on.”