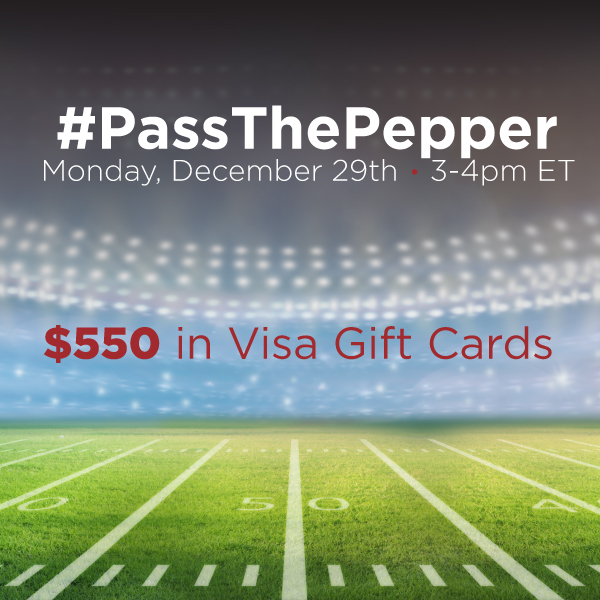 Find more Twitter Parties to join to win prizes! Do you love a good Twitter Party?  You know we do and we’re excited to host a party about how to make your “homegating” parties for the big game One of A Kind!  On Monday, December 29th at 3pm EST, please join us for the #PassThePepper Twitter Party where we’ll be discussing game day recipes and other big game must-haves, and giving you a chance to win prizes!

The college football championship is coming up! I’ll be shopping at Kroger because they have everything I need to create a One of A Kind game day get-together, including finger foods, Dr Pepper, paper goods, and much more. Dr Pepper is a favorite drink of mine and makes the perfect addition to any party. Join us for Monday’s #PassThePepper Twitter Party to trade tips and tricks about how to throw a successful party for the big game! It’s going to be such a fun Twitter Party and you’ve got a great chance of being one of the six gift card prize winners!

Join me and RSVP for the #PassThePepper Twitter Party on SoFabChats!

How To Participate In A Twitter Party on SoFabChats!

TIP: Want to win Twitter Party prizes? RSVP by clicking on RSVP button before you join the party, follow everyone on the Party Team, and tweet with the party hashtag during the party to be eligible!

TIP: Special deals and brand coupons? Keep that options checked when you RSVP for the party!

TIP: Where to find Twitter Parties? Check out the SoFabChats Twitter Party Calendar to find more fun parties to attend! 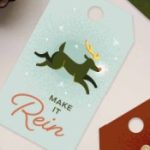 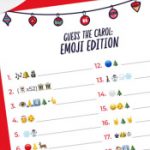 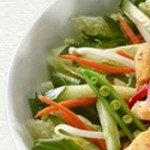