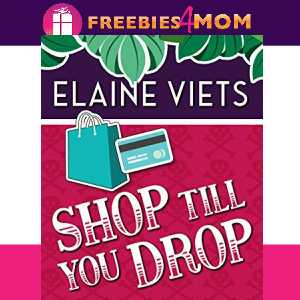 “SHOP TILL YOU DROP
Helen Hawthorne had a high-finance job, a beautiful home, and a caring husband—or so she thought until she caught him sleeping with their neighbor. But after their divorce, the judge decided that Helen had to pay alimony—and Helen figured the only way to keep her dignity would be to refuse to pay and run for it. Now hiding out in Fort Lauderdale, Helen is working as a sales clerk at a high-fashion boutique. But keeping out of trouble proves difficult when the boutique’s manager turns up dead. In desperate need of cash, Helen decides to try and find out who killed the woman for an offered reward.

MURDER BETWEEN THE COVERS
Helen’s taken a cash-paying job at Fort Lauderdale’s Page Turner’s bookstore. And while the job is decent enough, the owner of the store is anything but. Page Turner III is a boor with more money than brains: he’s cheating on his wife and has a long list of enemies. When he turns up dead, no one is too shocked—except for Helen, that is. The body is found in the bed of her pal Peggy, and it’s up to Helen to prove her friend innocent before the police throw the book at her…

DYING TO CALL YOU
Helen’s latest workaday job might just be the lowest rung on the employment ladder—telemarketing. She’s spending her hours interrupting dinners and disturbing slumbers. While Helen is conducting a phone survey with the wealthy Henry “Hank” Asporth, he puts the receiver down without hanging up… She can just make out a man and a woman arguing, a short scream cut off by a choking sound, then an eerie silence. Convinced she’s heard a murder being committed—but with no proof—Helen is driven to find out what really happened…

JUST MURDERED
After all she’s endured with her divorce and subsequent flight from alimony, Helen getting a job at Millicent’s Bridal Salon is ironic in the extreme. But no amount of cash is worth having to deal with the abominable Kiki—a wealthy witch who’s lording it over her daughter’s wedding plans. She also thinks her money makes her invulnerable…but she’s proven wrong when she’s found smothered to death with her daughter’s wedding dress. And worse, the cops seem to think Helen is responsible.

MURDER UNLEASHED
Helen has gotten a job at the Pampered Pet Boutique in Fort Lauderdale where the dogs are treated better than the people. A drive to the lavish home of Tammie Grimsby to deliver a freshly fluffed Yorkie has Helen discovering Tammie stabbed to death with a pair of grooming scissors. In a panic, Helen runs—but doesn’t report the murder, lest her past comes to light. But that doesn’t mean she can’t look into the stabbing on the sly.

MURDER WITH RESERVATIONS
Helen has found employment as a maid at Fort Lauderdale’s Full Moon Hotel, picking up after clueless tourists and keeping her head down. But staying discreet gets a bit more difficult when Helen opens the hotel dumpster and discovers the dead body of a fellow hotel employee. Things get worse when a hotel guest is murdered in the shower, and Helen’s ex-husband Rob arrives in town in search of the money the court said he deserves. With the police suspicious, Helen knows the only way to clean up the mess is to find the killer. But if she’s not careful, the killer just might find her first…

CLUBBED TO DEATH
The Superior Club is where Fort Lauderdale’s wealthiest come to play. As a customer care clerk, Helen’s job to cater to the clients’ every whim and take care of their every little problem. But Helen has a big problem of her own. After an acrimonious reunion with her ex-husband Rob, she ends up belting him in the mouth—which invites suspicion when Rob goes missing. And when a few others are found beaten to death with a golf club, the police’s eyes are on Helen. Helen has no choice but to prove her innocence…” 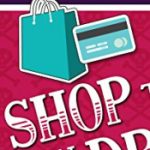 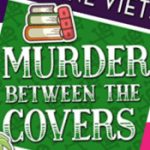 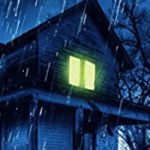 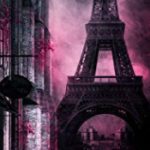