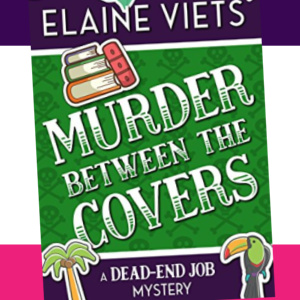 Enjoy this free mystery eBook (normally $4.99) by Elaine Viets only for a limited time. Scroll down and click on the “Amazon” button. Read it from your phone, tablet or computer using free apps. Make sure the purchase price is still $0.00 because it could change at any time!

“Helen Hawthorne is still on the run because of her refusal to pay her worthless ex-husband alimony. But a girl’s gotta eat…and pay rent, utilities, etc. So she’s taken a cash-paying job at Fort Lauderdale’s own Page Turners bookstore. And while the job is decent enough, the owner of the store is anything but.

Page Turner III is a boor with more money than brains: he’s cheating on his wife while running his family business into the ground and has a list of enemies longer than any bestseller. So when he turns up dead, no one is too surprised. What is surprising is where—in the bed of Helen’s glamorous gal pal Peggy, whose usual bedmates are more cultured, refined…and still breathing.

Worse still, it turns out that Peggy once had a tryst with the late Mr. Turner that ended quite badly, with a scorned Peggy promising the lothario payback—and someone is making it look like she finally collected. With Peggy as the prime suspect in a murder, it’s up to Helen to prove her friend innocent before the police throw the book at her…” 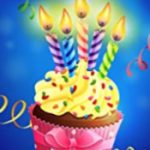 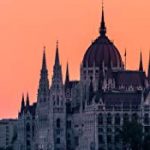 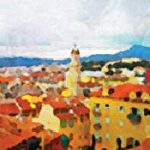 🍷Free Mystery eBook: Murder in the South of France ($0.99 value) 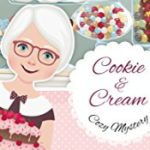