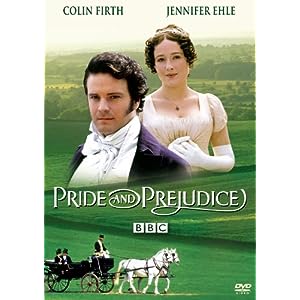 More about the DVD’s I’m giving away, descriptions provided from A&E:

RITA ROCKS, the smash family comedy series from Lifetime, has just been released on DVD as a 3-disc set from A&E Home Entertainment.  In RITA ROCKS: THE COMPLETE SEASON ONE, Nicole Sullivan (“MADtv”, “The King of Queens”, “Scrubs”) stars as Rita Clemens, an overworked wife, mother, and former lead singer of a Bangles cover band who has traded in a life of jam sessions and rock clubs for carpools and PTA meetings.

SHERRI: Actress, comedienne and co-host of ABC’s “The View,” Sherri Shepherd stars as Sherri Robinson, a single mother who juggles caring for her six-year-old son, Bo (Brandon Khalil), and working part-time as a paralegal, while still following her dream to become a full-time comedienne/ actress in SHERRI: THE COMPLETE SEASON ONE.  The debut DVD release from this top-rated Lifetime series will be available April 27 on 3 discs featuring all 13 episodes and tons of bonus footage from A&E Home Entertainment!

To Be Fat Like Me: Kaley Cuoco (The Big Bang Theory) and Caroline Rhea (former host of The Biggest Loser) star in the Lifetime Original Movie TO BE FAT LIKE ME, the story–inspired by actual events–of an attractive high school junior who experiences firsthand the prejudice and heartbreak overweight teens face when she goes from in shape to obese overnight. A popular student athlete, Aly (Cuoco) always planned on getting into college by landing a softball scholarship. But when a sports injury leaves her sidelined, Aly decides to enter a documentary film contest in hopes of winning the prize money to pay for college. Convinced that her overweight younger brother Adam and mother Madelyn (Rhea) use their weight as an excuse for their struggles in life, Aly arms herself with a fat suit and a hidden camera, enrolls at a rival high school, and attempts to prove that personality can outshine physical appearance. But Aly s confidence is quickly shattered when she is teased, mocked and harrassed–a harrowing experience that forces her to recognize how intolerant she has been of her own family s weight issues.

Racing for Time: Emmy Award-winning director and actor Charles S. Dutton (The Corner, Roc) stars in and directs the Lifetime Original Movie RACING FOR TIME, an inspiring and uplifting story about a male prison guard who creates an unconventional track program for some of the toughest and most violent female offenders at the Texas Correctional Youth Authority. There, Cleveland ‘Stack’ Stackhouse (Dutton) is a firsthand witness

to the cycle of destructive choices and racial tensions among female teen offenders. In an attempt to teach these young women the importance of teamwork, discipline and self-esteem, he gathers African-American, Latina, and white teens, and organizes a multi-racial track team behind the bars of the prison. Participation in Stack’s track team not only breaks down the racial divides between the girls, but puts them on a path to turn their lives around. Inspired by the true story of prison guard Noel Chestnut.

The Two Mr. Kissels: Based on the shocking true story of multi-millionaire brothers who marry the women of their dreams then wind up dead, the Lifetime Original Movie The Two Mr. Kissels traces the trail of money, mansions and mayhem left behind by real estate mogul Andrew Kissel (John Stamos) and his investment banker brother, Rob (Anson Mount, ‘Conviction’). On the surface, it seems that both Kissel brothers are enjoying idyllic lives. But after Rob moves his family to Hong Kong for a promotion, his wife Nancy (Robin Tunney, ‘The Mentalist’) grows resentful of his long work hours. She begins a torrid affair in retaliation, eventually igniting worldwide media frenzy when she drugs then bludgeons Rob to death. Years later, Andrew is caught embezzling millions of dollars to support his increasingly lavish lifestyle and drug addiction. With the courts breathing down his neck, former business partners turning on him, and his frustrated and embarrassed wife Hayley (Gretchen Egolf, ‘Journeyman’) filing for divorce, Andrew is found dead in the basement of his Greenwich, Connecticut mansion. The question remains: was Andrew murdered by one of his many enemies, or did he arrange it himself in order to escape his living nightmare?

Thanks for entering and come back after Wednesday, June 23 to find out who won, or visit my Winners section under the “Giveaways” in the menu bar.

Freebies 4 Mom Giveaway Disclosure: A&E Home Entertainment sponsored this giveaway by providing the DVD gift pack to give away to a randomly selected winner.   I did not receive any compensation for hosting this giveaway.  My review is my honest opinion and is not reviewed or edited by A&E Home Entertainment.  For more information about how reviews and giveaways are conducted on Freebies 4 Mom, please read my Disclaimer, Disclosure, and Privacy Policy. 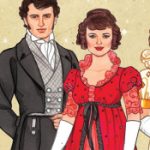 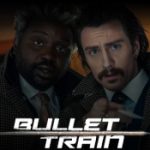 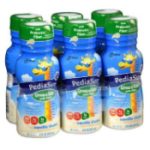 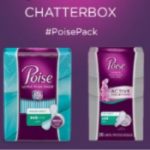